Anti-Cancer Properties Have Been Found In Red Onions

Food Research International recently published a story which outlined a study that has found antioxidants within red onions that essentially kill cancer cells. The study was conducted on five different varieties of onions and concluded that red onions effectively eradicated colon cancer cells. Of the different kinds of red onion, the “Ruby Ring” contained the most potency for eliminating the cells. 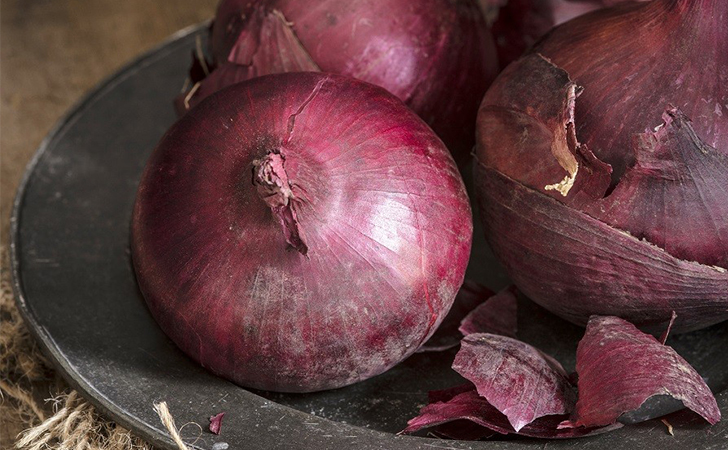 The study also revealed that the red onions were just as effective in killing off breast cancer cells. The onion’s high concentrations of the flavonoid quercetin and anthocyanin are what gives it its super powers.

“Anthocyanin is instrumental in providing colour to fruits and vegetables so it makes sense that the red onions, which are darkest in colour, would have the most cancer-fighting power. We found onions are excellent at killing cancer cells. Onions activate pathways that encourage cancer cells to undergo cell death. They promote an unfavourable environment for cancer cells and they disrupt communication between cancer cells, which inhibits growth. The next step will be to test the vegetable’s cancer-fighting powers in human trials,” the study states.

Health expert Dr. Justine Alford isn’t so sure, though: “The researchers found that extracts from certain types of onions could kill bowel cancer cells in a lab, but that doesn’t mean the same would happen in a person’s body which is much more complex. If scientists can tease out which molecules in onions have these apparently beneficial effects, then perhaps they could be investigated as a potential drug in the future.”

Only time and human trials will tell if medical experts have finally found the cure to humanity’s second-biggest disease killer. (Which one is the first? Heart disease.)

SHARE this article if you think this is the key to wiping out cancer forever!