Children born with the spine-debilitating disease spina bifida start out life from the beginning at a disadvantage, but this time a team of Toronto surgeons were able to perform the first successful in-utero surgery for spina bifida to repair it. It was during their 20-week ultrasound that Romeo Crisostomo and Romeila Son learned their child had the handicap.

“Usually that’s that time when you find out the gender,” said the mother. After four boys, the couple were ecstatic at the thought of a girl, but the good news came with other devastating news. Their daughter would likely be born brain damaged and would have to rely on a wheelchair for possibly the rest of her life. Not to mention the many procedures she’d have to go through and the tremendous pain it would cause her. Additionally, only half of children with the disease ever become self sufficient as adults.

The form of spina bifida occurs during the development of the fetus when the spinal column doesn’t completely close, allowing part of the spinal cord to come out instead of being properly attached to the spinal column. However, determined to give this baby a chance at a normal life, doctors at the Mount Sinai Hospital were willing to give in-utero surgery a try. 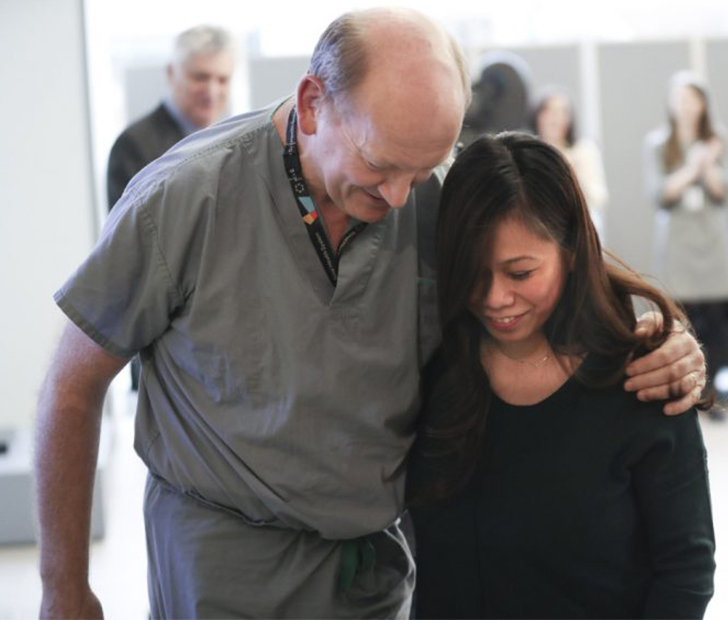 “I wasn’t scared,” said the mother. “I had zero doubt and 100 percent confidence.” She was then put under and was provided with an injection to the hip to paralyze the fetus. Once they made incisions into the uterus, they were successfully able to close the spinal hole. Two months later, the baby was born via C-section.

“Right now [at three months old], her brain is stable, her legs are moving and kicking….All of our prayers were answered. She’s our little miracle,” said Romeila Son. 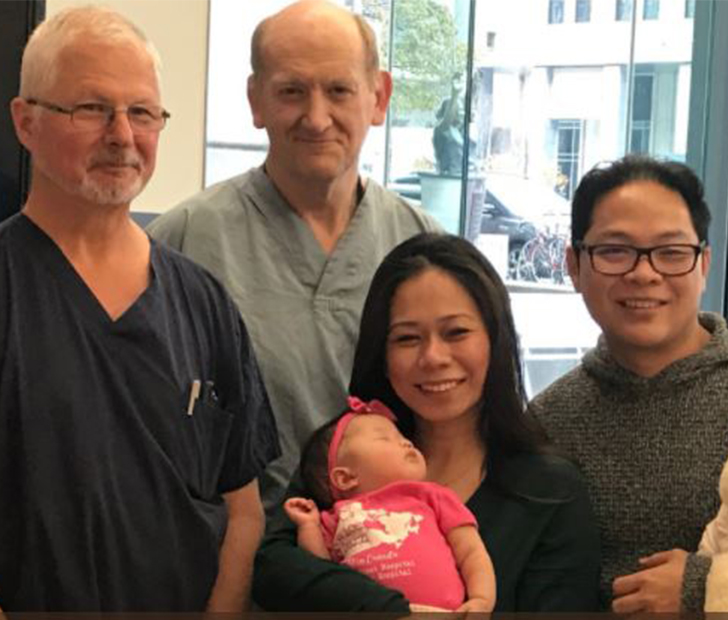 Though in-utero surgery is never guaranteed to fix a problem completely — in this case the damage done prior to the surgery could still cause brain malformations — children who undergo it are 50 percent less likely to need wheelchairs or mobility aids. Thanks to little Eiko Crisostomo, three more children have been possibly saved through surgery, and it’s becoming a more common practice now in Canada.

SHARE this article with friends if you find this story as inspiring as we do!