Feeding The Needy In A Simple, Thoughtful Way

We have all been approached by needy, hungry people at red lights once or twice. Usually overcome with guilt, we quickly scramble between our car seats for a few fallen dollar bills or we give up our last burrito from Taco Bell that we probably didn’t need anyways. Imagine how ashamed some of those needy people feel, having to approach strangers on the street or in their cars. Wouldn’t it be wonderful if there was some way they could get the food they need without having to feel embarrassed?

Enter the blessing box. Enter an ex-military New Yorker with a big heart and a desire to help his community. This is Roman Espinoza from Watertown, New York, and he built a mini food pantry on his front lawn. Espinoza calls the pantry a blessing box, and it’s purpose is to feed homeless or hungry people who just need a box of cereal or two. 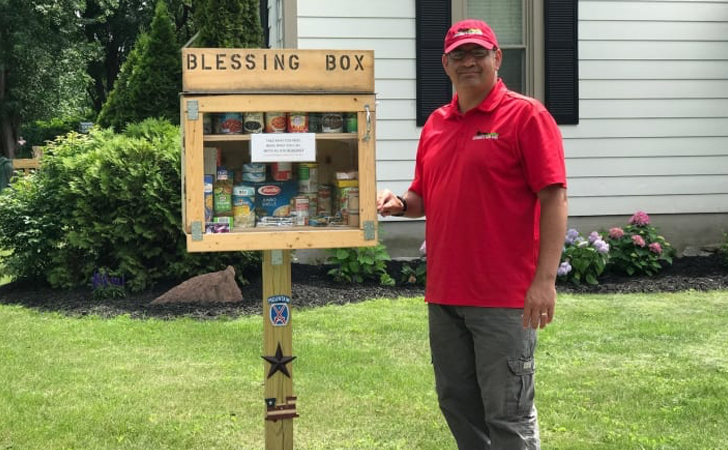 Homeless people weren’t the only ones Espinoza was thinking of, however. Sometimes it’s a tight week or a struggle to afford meals before your next paycheck. We have all been there. A box like this can mean so much to families during hard times, especially because no matter what, you can always remain anonymous. The way it works is quite simple; you walk by, open the pantry door, and take a few items you need. You may also leave items in there for other people. You can give or you can take.

“Everybody has a reason for doing something. I wanted to help my community,” Espinoza said. He had served in the military for 25 years, so it was built into his character to help people and do what he can for them.

The goods in the box are non-perishable, mostly canned soups, beans, vegetables, and tuna. There are also several boxes of pasta, granola bars, cereal, and other dry foods. 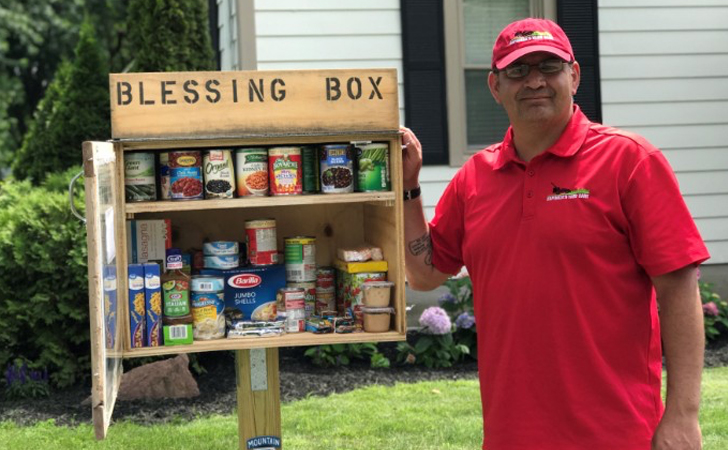 “The box is for the community and sustained by the community,” he said. “It’s open all day, every day. Come and take whatever you want and how much you need.” The box has been such a big hit, he plans to build two more around town. Donating food is easier than giving the I-don’t-have-cash excuse, or worrying about what the person is going to buy with your cash. Food is universal, and everyone needs it. This is a judgment-free zone.

We don’t know for sure if blessing boxes, or versions of them, have been around before Espinoza’s. Either way, we are happy someone was both smart and practical enough to think of making one. Here are some other blessing boxes from all across the country: 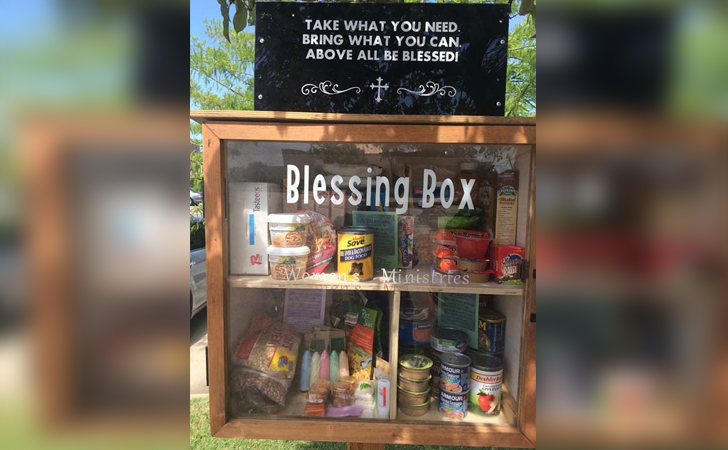 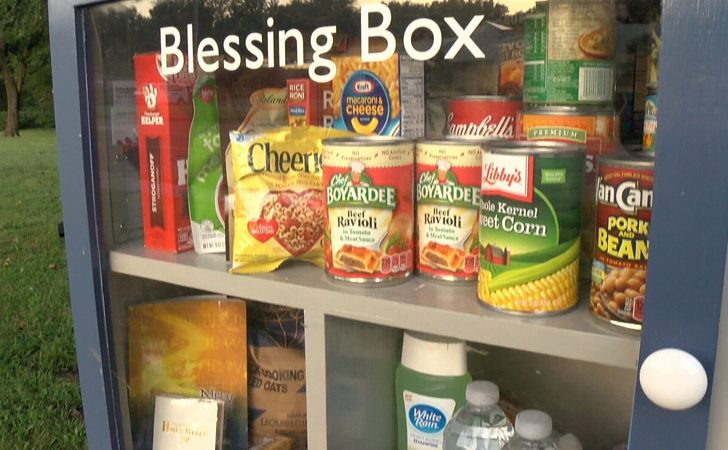 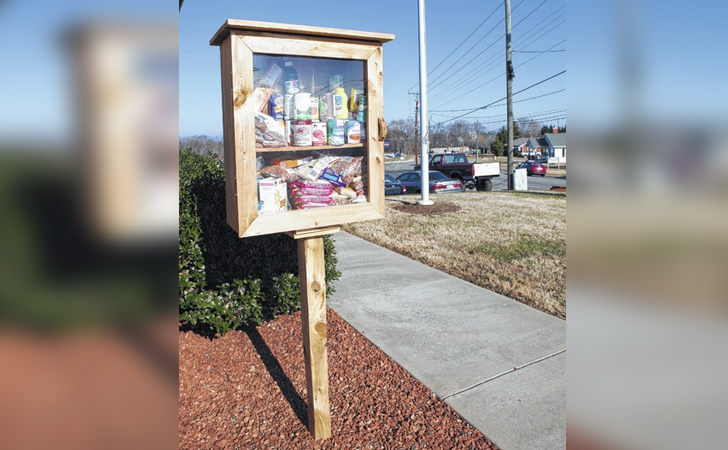 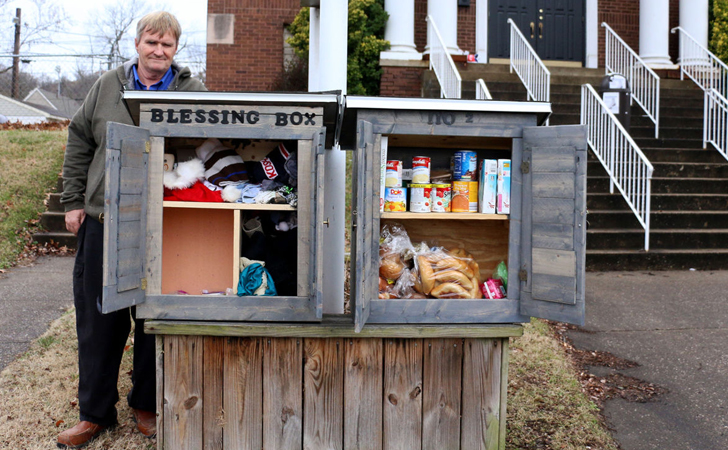 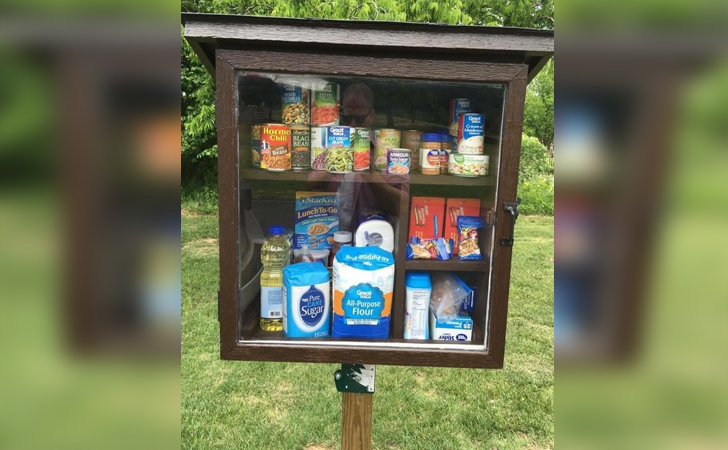 What a simple way to help out the people in your community. After all, how hard is it to pick up an extra box of Clif Bars the next time you’re at the store?