One Woman Literally Sweats Blood Due To This Extreme Disease

If you think you have it bad, you may want to think again after reading about this young lady who is suffering from an extremely rare and graphic disease. Doctors in Italy who work at the University of Florence have been treating a case of a 21-year-old woman who suffers bleeding from both her face and palms when she is performing any physical activities.

Though she has no lesions or current injuries that would cause this, the effects have been hampering the woman’s life for three years now. According to the National Institutes of Health’s Genetic and Rare Diseases Information Center, the disease is identified as hematohidrosis — a condition that stems from mucous membranes like your nose, or other intact skin.

The young woman, who chose not to be identified for obvious reasons, claims that she usually bleeds for one to five minutes, and this comes not only when she is doing physical things, but also when she’s sleeping or experiencing emotional stress.

Since very little is known about hematohidrosis, there is no current cure for the disease, which makes the condition even more alarming. There are only a few dozen cases that have ever been evaluated, and many of them carried the same symptoms: sweating and crying blood, nosebleeds, and bleeding from various other spots on the skin. 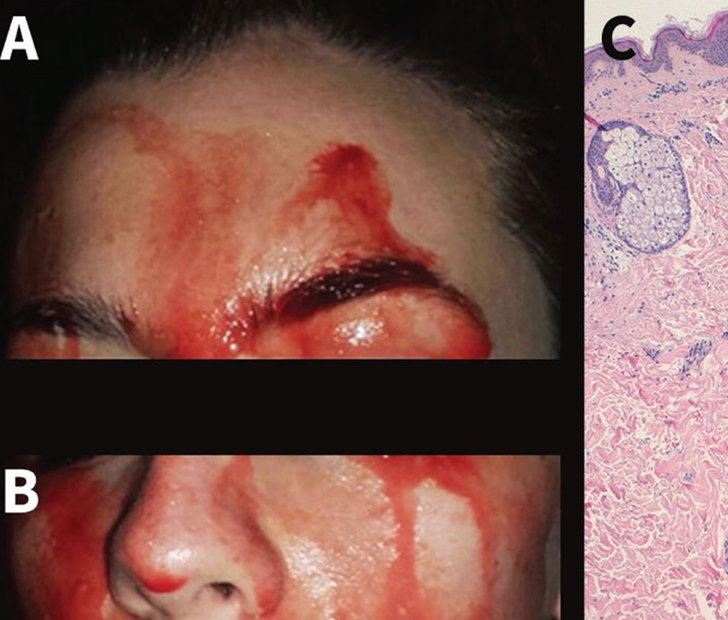 In the 28 cases that have been studied between 2004 and 2017, about 54 percent have actually been initiated due to severe psychological stress. These could even include depression, mental illness, or trauma along the lines of PTSD. Dr. Jacalyn Duffin M.D., who studied hematohidrosis, says the rare disease can last from anywhere between one month and four years. She also says that it tends to affect women a lot more than men.

For this young woman, life has become extremely difficult, and how could it not be? She’s reported to have cut herself off from most social life in efforts to avoid any potential embarrassment due to spontaneous symptoms, and she suffers from both depressive and panic disorders as well, even though she’s already being treated for them.

For now, the only drug she’s able to be prescribed is one that’s commonly used to treat high blood pressure, although it’s only minimally effective. At the end of the day, only time will allow her to fully recover from this disease.

Worst of all, Dr. Duffin has noticed that there’s been a slight increase in patients experiencing these rare conditions, which means it could be a disease that’s becoming more common.

What do you make of this extremely rare disease? Make sure to COMMENT with your reaction, and SHARE this article on FACEBOOK to spread awareness about this scary condition!