When you think CrossFit, a small child wouldn’t exactly pop into your mind. Prisais Townsend, however, isn’t your typical child. While a 4-year-old would be a huge nuisance at the gym, this girl is the one who’s prompting the adults to push harder! 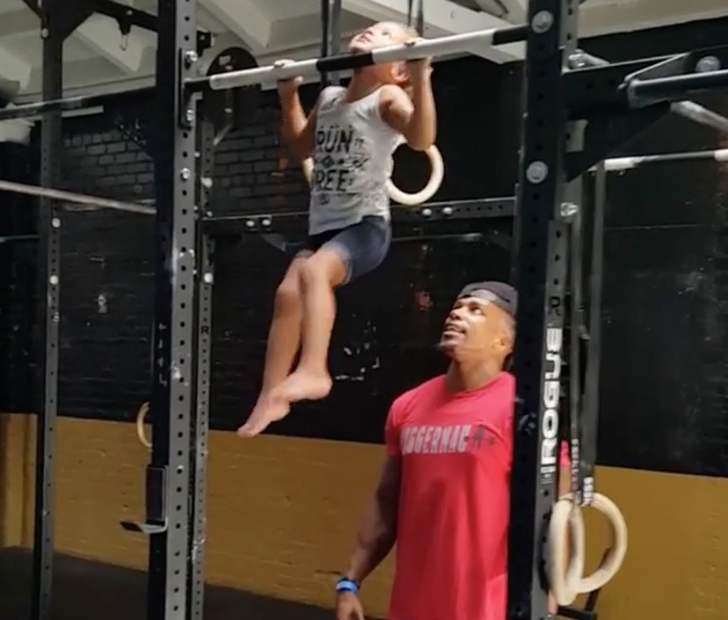 The South Californian has been walking since just seven months old and has been using that extra time to get ahead in her workout routine. Already she’s attained her first goal of achieving 10 pull-ups in a row — a number that many adults would struggle (and fail) to do. She can even clear a 22-inch box jump, which is nearly half of her own height! She’s working on setting that height even higher and higher.

Prisais has been working out since she was a toddler, but it wasn’t because of over-passionate athletic parents. Her dad is the owner of a CrossFit gym, so she spent many days playing with dumbbells and weights (under strict supervision, of course). Even at that young age, a 2.5 pound weight was nothing for her. “She empowers herself out of her own pure joy and love for fitness,” says her dad. Her parents never pressured her to exercise. 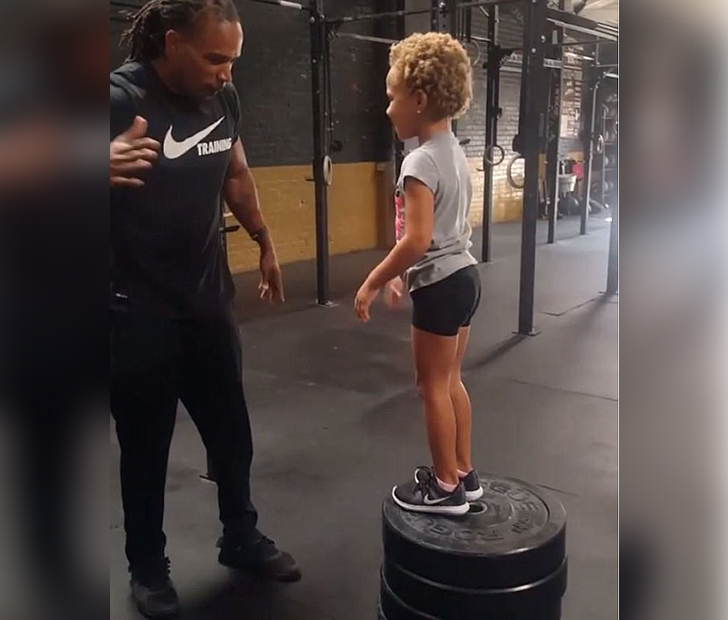 Health experts fully condone children working out at a young age, even as young as Prisais — so long as they exercise proper form. Improper use of equipment can result in even more severe injury to children than with adults, but so long as the form is correct then the exercise can prevent major health problems from forming later in life.

“There is support for children learning activities that will help develop strength, balance, coordination, and general health,” says Paul Stricker, M.D., though he does say that some children can receive similar health benefits just from using a playground or from recess.

SHARE this article if you think what this girl is doing is incredible!