This Girl Suffers From Something Called “Uncombable Hair Syndrome”

Shilah Yin is one of the rare 100 people in the world that has been born with the genetic condition known as “Uncombable hair syndrome.” According to the National Institutes of Health, the syndrome is defined as having dry, frizzy hair which grows outward from the scalp in multiple directions and is physically impossible to be brushed flat.

“Shilah loves her unique hair, but that has come from constant positive reinforcement at home from friends and family,” her mom, Celeste Calvert-Yin, shared.

“As a little, little girl she often told us she was like a unicorn as they are very special and unique just like her. It brought a tear to our eye.” 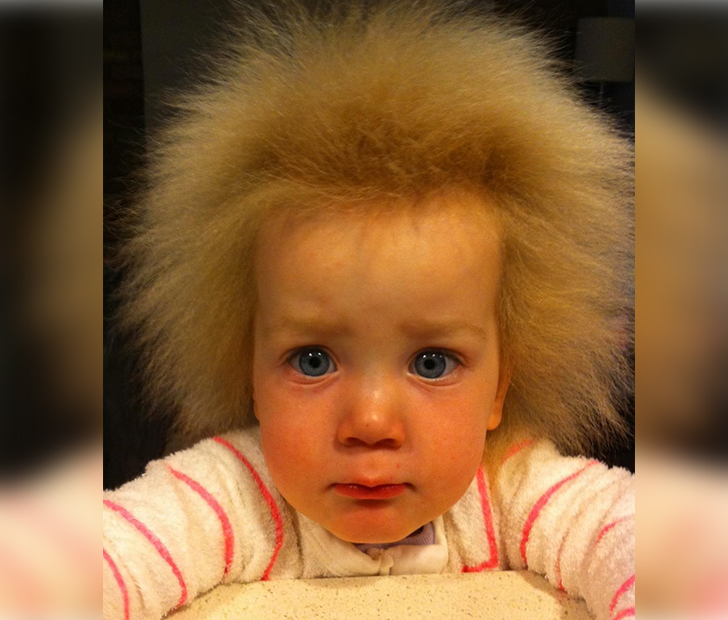 Shilah’s hair was “normal” at birth, but at around three months of age it began developing into the short, strawberry blonde hair she has today and has remained the same length since age two. While the syndrome often is inherited from other family members, Shilah’s mother says there’s absolutely no history of it in the family. In fact, they didn’t even know about the syndrome until a few years ago.

Shilah and her family have had to endure a lot of stares and questions from strangers, but for them, the most difficult part has been learning how to manage her unruly locks. Shilah’s morning hair routine, which she hates, typically lasts around 10-20 minutes and involves a lot of detangling spray, patience, and gentle combing.

“Her favorite part of her hair routine is when her dad blow-dries it for her. Together they manage to comb and dry her hair so that it looks super fluffy. Shilah loves it,” Calvert-Yin said. 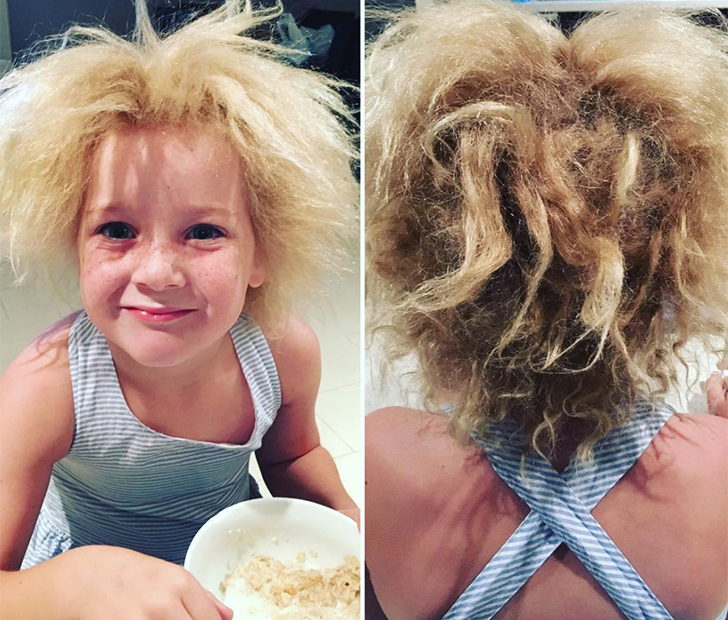 To raise awareness for the syndrome and to share their journey with others who may suffer from it as well, the family now documents Shilah’s experiences on Instagram for anyone who wants to follow along.

“Shilah no longer feels alone or isolated and for that we are very grateful,” her mom said. “There are others around the world just like her, [and] now she knows that.”