Wow What A Difference A Year Makes! See This Woman’s Transformation Unfold After Tragedy Struck!

After John Paul passed at the beginning of 2015, Justine, 31, sank into a world of depression. The mother of two battled the daily struggle of wanting to engage in activities with her family and friends versus hiding away from it all. She found herself overeating and lacking the energy she needed to get up and get some exercise. A diet of junk food and inertia made her feel stuck and unable to carry on.

Three months later, Justine’s friends and family helped motivate her to leave her unhealthy lifestyle behind and encouraged her to make some positive choices. So she traded the couch for a set of barbells at her local gym. After incorporating exercise back into her life, Justine realized just how much she had been missing out on. It was at that point that she chose to transform herself from unhappy to happy and unhealthy to healthy.

Every day for a year, Justine took selfies to measure her ongoing progress. She ate healthier foods, reduced her daily calories and visited the gym six days a week.

She decided to face her fears head on, and a year later, Justine has lost over 120 pounds and is living a more adventurous, healthy and satisfying life. Not to mention the great example she is setting for her children.

Justine Before And After 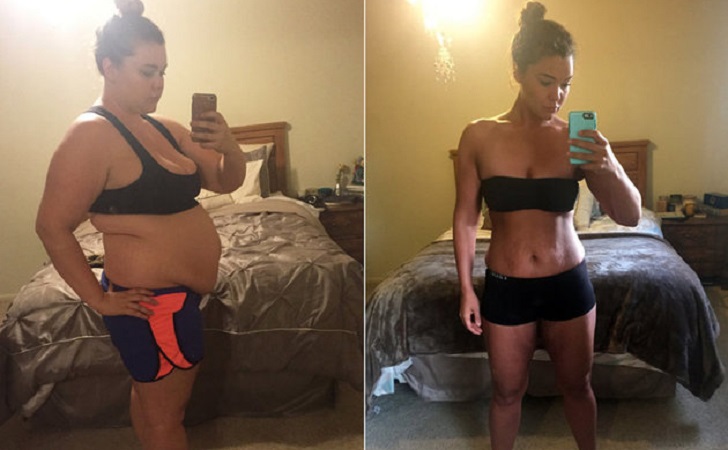 Here She Is With Her Two Sons Wearing Her Old Jeans! 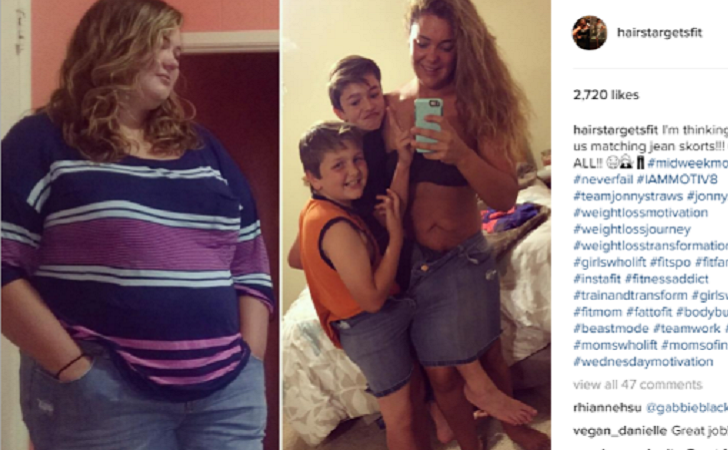 Lots of extra room in those pants now.